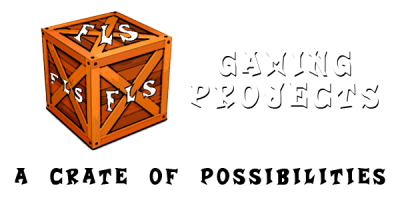 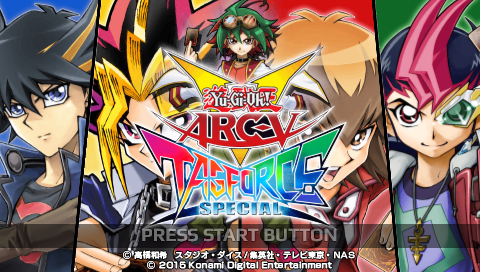 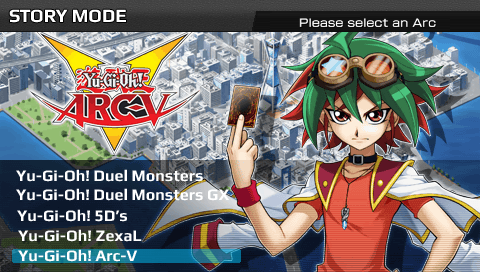 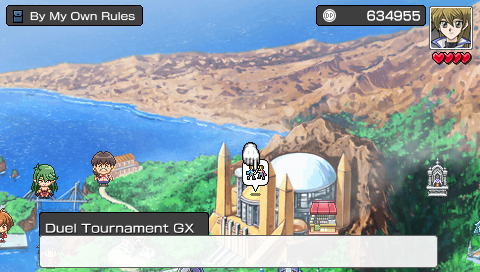 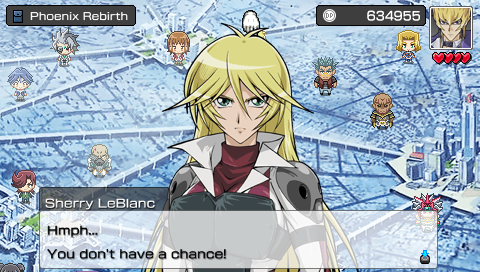 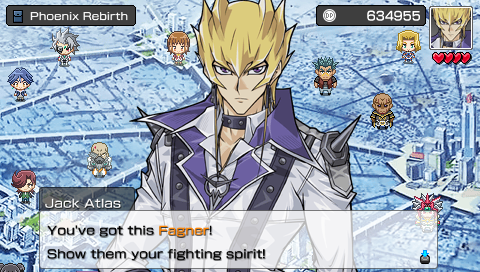 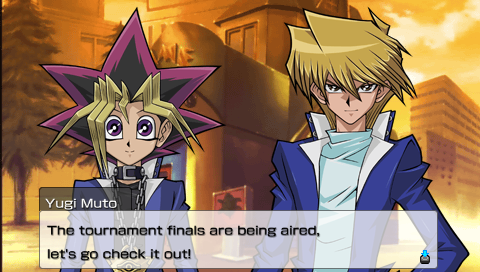 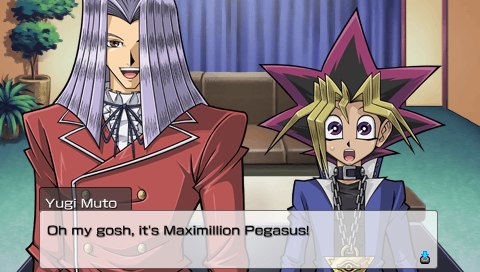 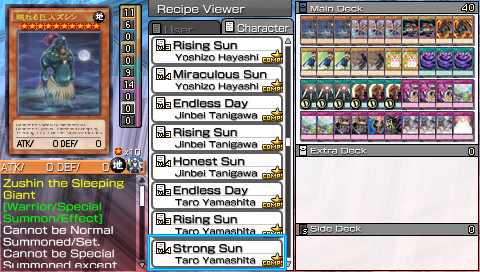 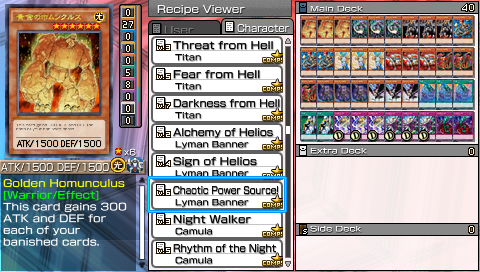 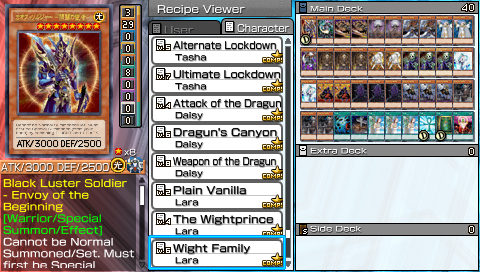 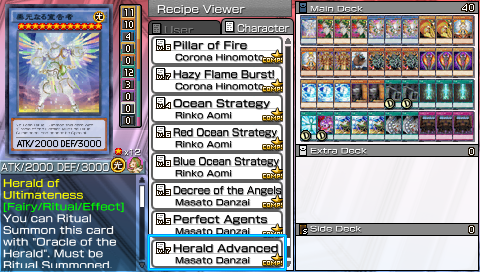 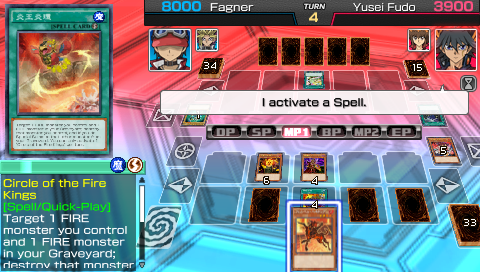 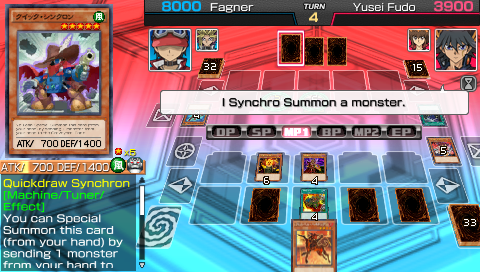 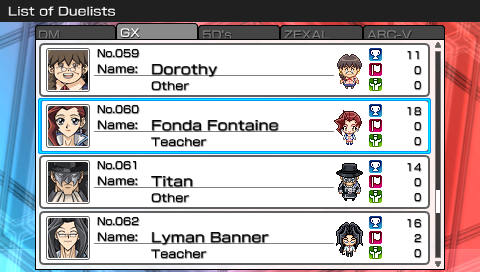 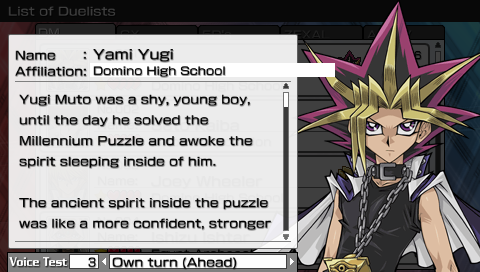 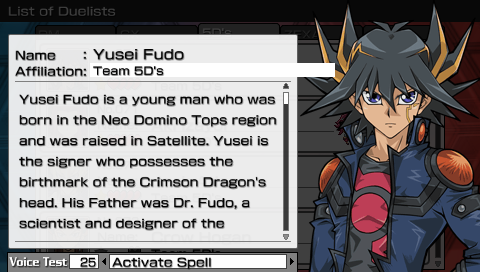 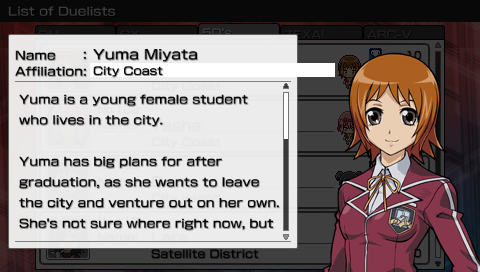 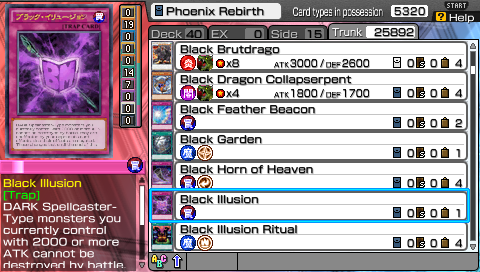 Yu-Gi-Oh! ARC-V: Tag Force Special is (probably) the last Tag Force game. It was released in the beginning of 2015 by Konami, only on Japan for the PlayStation Portable. The game was later translated by the XenoTranslation team, but lots of things in the game still needed to be translated. These things are translated by Clickclaxer01, his work ended in June 2016 and the game was finally full translated. Both projects got their own paths, the Clickclaxer01's project is using an outdated XenoTranslation patch and in other hand, XenoTranslation updated it's translation patch at last four times comparing to the used one in Cliclaxer01's ISO. Also, an partial Ad-Hoc Fix patch was released by Dadadada pza.
FLS Gaming Projects now will bring together everything on a single game and even add some fixes. The Ultimate ISO for the translated game. Below is the list of contents of the Ultimate ISO:

- XenoTranslation Patch v0.3;
This is by far, the best version of XenoTranslation Patch because this version is the version that has the best translation of the card descriptions, lots of cards (like Black Illusion) wich are wrong on other versions, even in further versions, somehow are correct in this version. I don't know why this happened, it looks like some sort of "downgrade" happened in 0.4 and further versions as they are in 0.2. A possible reason are the graphic issues in the Card Shop in some universes, but they didn't affect the gameplay at all, the player can buy cards with no problem. Despite this small bug, this version have the best translation of the cards, even if some cards (like Destiny Board) are know as they are in OCG.

- FLS Gaming Projects Fixes (Names, Deck Names, Character Bios, In-Duel Subtitles).
And finally, the Ultimate ISO brings fixes to make the game better. The Character Names uses the default layout of Clickclaxer01's ISO, DUB names for DM and GX universes and SUB names for 5D's, ZEXAL and ARC-V universes. The fixes changes some names, Atem now is called Yami Yugi for convenience (but it still called Atem when he team-up), Evil Marik is called Yami Marik, Prof. Banner is called Lyman Banner like in other Tag Force games, Fonda Fontaine now uses it's real name, The Other Yuma now is called Yuma Miyata using her SUB surname (but if she team-up in Story Mode, her name still The Other Yuma), Sora Shiun'in is using his anime name and the main character names are all in the ocidental format, even in the Story Mode or List of Duelists if they are mentioned. In the Deck Names, FLS Gaming Projects created a mix of the best deck names from both XenoTranslation and Clickclaxer01 and plus fixed some names. The List of Duelists menu now has an better Voice Text box and a better translation of it. Plus, the In-Duel texts got some fixes and game terms like Spell Card, Trap Card, Attack Position, Synchro Summon, etc. now are starting with uppercase. Also some small other fixes.